Randall Kiser is a Principal Analyst at DecisionSet®. His research integrates the fields of law, statistics, psychology, and economics. He is recognized as "the preeminent scholar of the U.S. legal profession." He also is regarded as “a brilliant scholar and legal consultant,” “the leading scholar in attorney decision processes,” and “an internationally acclaimed researcher and consultant on legal decision making and trial risk assessments.”

Mr. Kiser is the author of five books. His next book, Professional Judgment for Lawyers, will be released in July 2023 as part of Edward Elgar's professional skills series. His most recent book, American Law Firms in Transition: Trends, Threats and Strategies, was released by the American Bar Association in 2019. Two years earlier, Cambridge University Press published his groundbreaking book, Soft Skills for the Effective Lawyer. His previous books, Beyond Right and Wrong: The Power of Effective Decision Making For Attorneys and Clients and How Leading Lawyers Think: Expert Insights Into Judgment and Advocacy are cited by practitioners and scholars in North America, Europe and Asia.

Mr. Kiser also is the lead author of the widely read study on settlement decision making in civil litigation cases, “Let’s Not Make A Deal: An Empirical Study of Decision Making in Unsuccessful Settlement Negotiations” (Journal of Empirical Legal Studies, Vol. 5, Issue 3, September 2008). The New York Times described that study as “the biggest of its kind to date” and noted that it “raised provocative questions about how lawyers and clients make decisions.” Mr. Kiser’s most recent law journal article, “The Emotionally Attentive Lawyer: Balancing the Rule of Law With the Realities of Human Behavior”, was published in November 2015 in a symposium edition of the Nevada Law Journal, Vol. 15, Issue 2. His posts on legal innovation and law firm leadership and his chapter on dispute resolution have attracted a high readership. 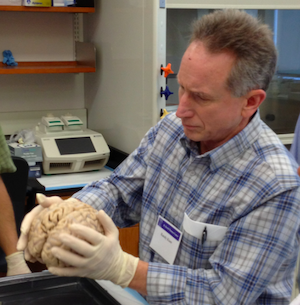 Mr. Kiser has qualified to testify as an expert witness on case valuation, settlement values, and probable awards and verdicts.

Mr. Kiser received his law degree in 1978 from the University of California at Berkeley and was awarded his undergraduate degree with Highest Honors in 1975 from the University of California at Davis. In 2002, he returned to graduate school to study under Peter Drucker and Mihaly Csikszentmihalyi and obtain a certificate in leadership from the Peter F. Drucker Graduate School of Management, Claremont Graduate University. His current research interests are empirical analyses of attorney, judge, and executive decision making and leadership. His next book on altruism and its effects on attorney well being and performance will be published in 2024.

Services
"It is a disaster that wisdom forbids you to be satisfied with yourself and always sends you away dissatisfied and fearful, whereas stubbornness and foolhardiness fill their hosts with joy and assurance."